Excursion along the Georgian Military Road - Hop On Hop Off Tbilisi

See the beauty of nature and the mountains of Georgia!

THIS IS WINTER (until April 1) A REDUCED TOUR OPTION: “Tour to Kazbegi: Georgian Military Road – Ananuri – Gudaury – Kazbegi” Due to the poor accessibility of travel further to Gudauri, the last points are excluded from the route: Travertine rock, Stepentsminda and the ascent to the church of Gergeti Trinity.

We offer you to make an unforgettable journey along the Georgian Military Road to the majestic Mount Kazbek. This one-day tour from Tbilisi is as popular among our guests as the tour to Kakheti. At the same time, the Tour in Kazbegi and the Tour in Kakheti are very different. If the One-day excursion to Kakheti is more an informative excursion with a lot of historical information from the history of Georgia and Christianity, then the excursion to Kazbegi is mostly “natural”. Of course, on this tour you will learn a lot of new and interesting things, but the most important thing is what you have to see! So, We are going!

Our trip to the mountains of Georgia begins near our central office. Usually in a group of up to 20 people and we go by minibus Mersedes Benz Sprinter. Our drivers are all regular and proven, and the group is accompanied by a multilingual guide. All our guides have great reviews.
We are leaving Tbilisi and will continue driving along the Georgian Military Highway. On the way, the guide will tell and show you all the sights along the route, as well as general information about Georgia, Georgians and their traditions and history. Our first stop will be on the viewing platform above the Zhinvali Reservoir. From there, there is a magnificent view of this huge reservoir filled with clear blue water. Here the guide talks about the Zhinvalskoye reservoir, everyone admires the amazing view of the azure water, and takes pictures. 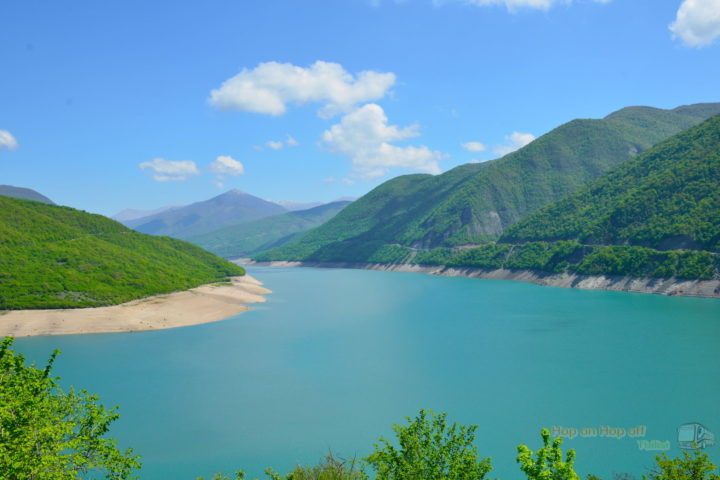 The next point on the route is the Ananuri Fortress. This ancient fortress is built on a hill above the reservoir. On the territory of the fortress there are several temples. One of them is the Temple of the Assumption of Our Lady of the 16th century, acting. The temple is covered with unusual bas-reliefs and inscriptions made by carving on stone. And inside are preserved parts of the frescoes. 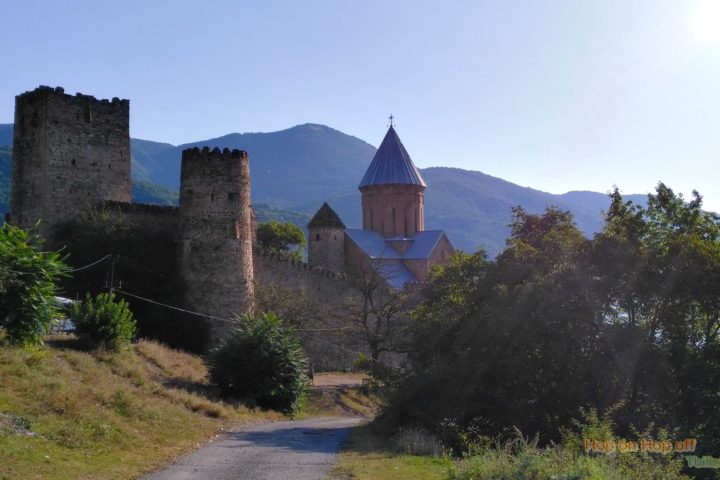 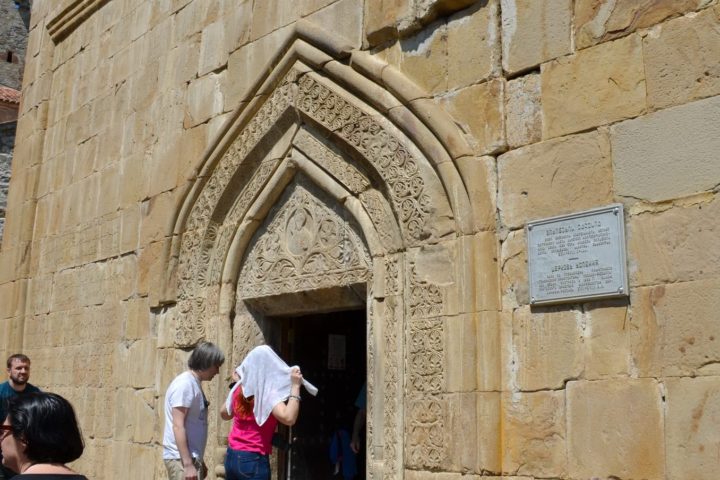 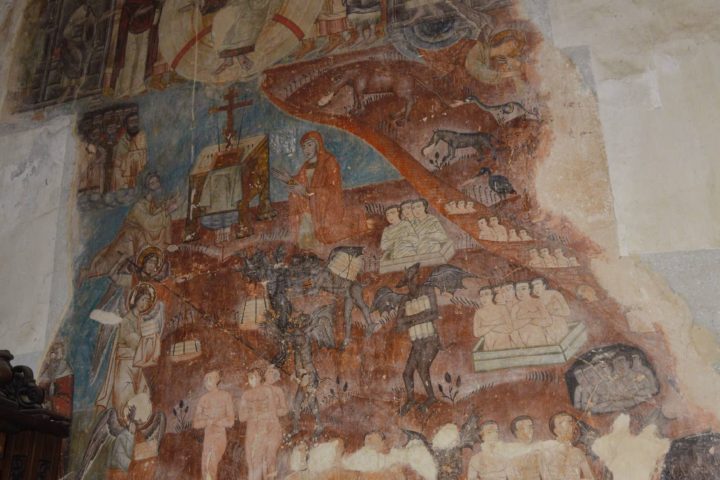 Also in the fortress there are two more ancient churches of Guvtaeba of the 16-17th century. and Mkurnali. The fortress wall, temples and towers are really very interesting, besides in the territory there is even a medieval prison in the form of a deep stone well. Naturally, our guide will tell you everything that is currently known about the history of these sights and will answer all questions.

We go further and near the village of Pasanauri we will see one of the wonders of nature – the Merging of the White and Black Aragvi. At this point, the two channels of the Aragvi River join together and, without mixing, flow colored in light gray and dark color. It looks very unusual and amazing. This rare and surprising natural phenomenon in this place can be observed almost at arm’s length. 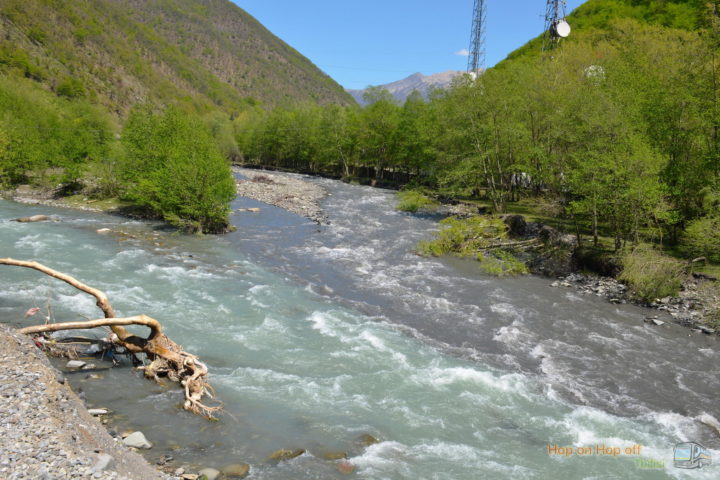 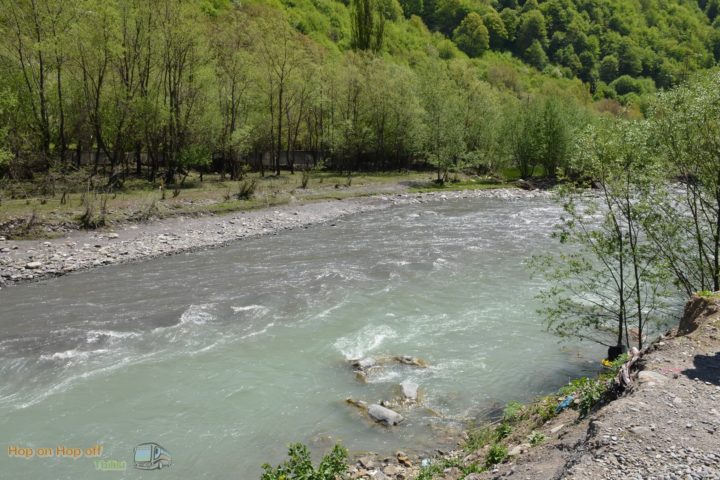 We continue our tour of the most picturesque areas of Georgia. The road gradually begins to climb the mountains. Alpine meadows are visible, with grazing flocks of sheep.

We will drive through the winter ski resort – Gudauri and then stop at the monument, which is called the Friends of the Nations of Georgia and Russia among people. This observation deck, built in 1983, with a mosaic panoramic wall is located at an altitude of 2395m above sea level – this is the highest point of the pass. The monument was built in honor of the 100th anniversary of the signing of the Treaty of St. George between Georgia and Russia. This is an ideal place for photographing and admiring the mountains of the Greater Caucasus. 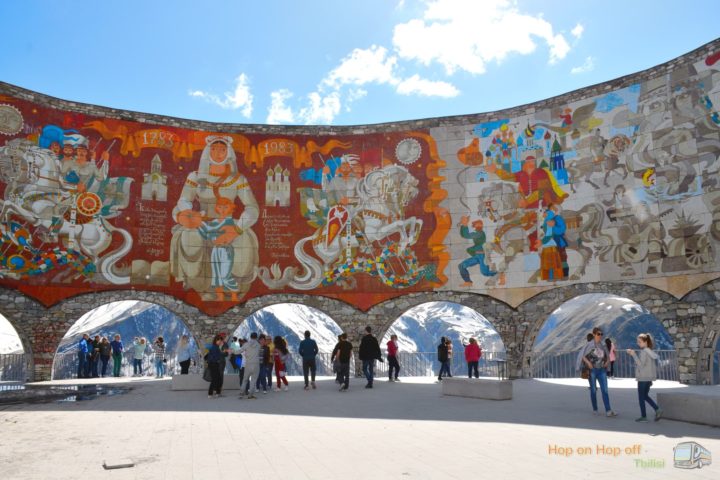 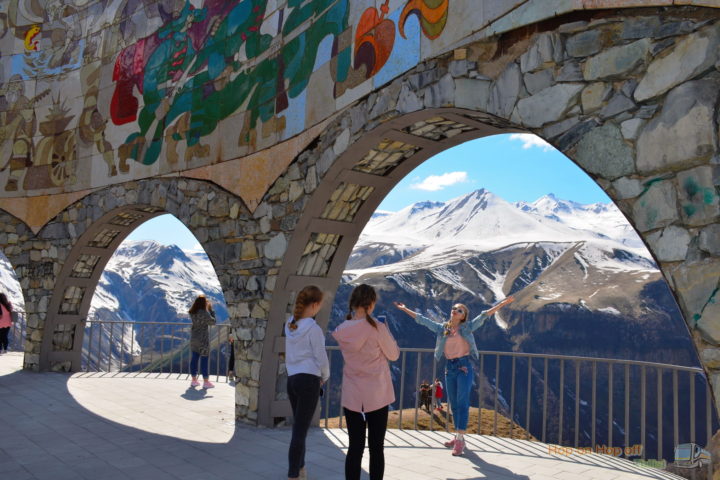 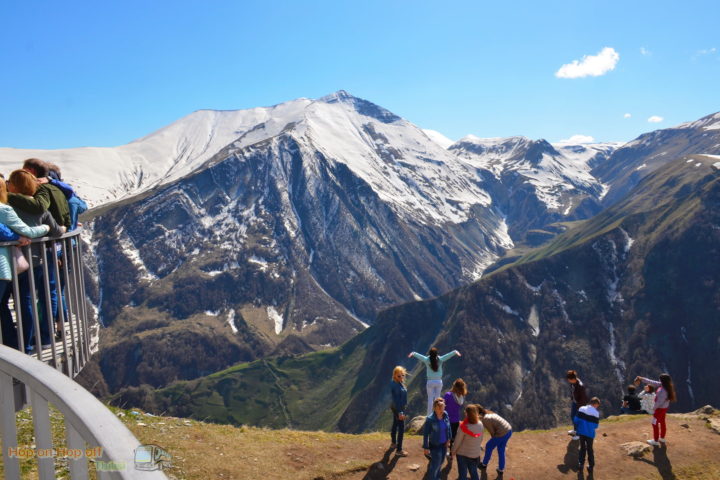 At this point, the winter version of the “Tour to Kazbegi” comes to an end and we return back to Tbilisi. To visit other wonderful places, please come to us in the Spring, Summer and in the first half of Autumn.

The program and route of the excursion: Georgian Military Road – Ananuri – Gudauri – Kazbegi

Observation deck. We listen to the guide. We admire. We take photos. See photos
3

Walking tour with a guide along the fortress, a tour of the Temples, views from the fortress wall. See photos
4

One of the Wonders of Nature – Two streams of the same river of different colors. See photos
5

Lunch at one of the restaurants at the request of the Group.
6

Observation deck with magnificent views of the Caucasus Mountains. The highest point of the route is 2395 m above sea level! See photo
7 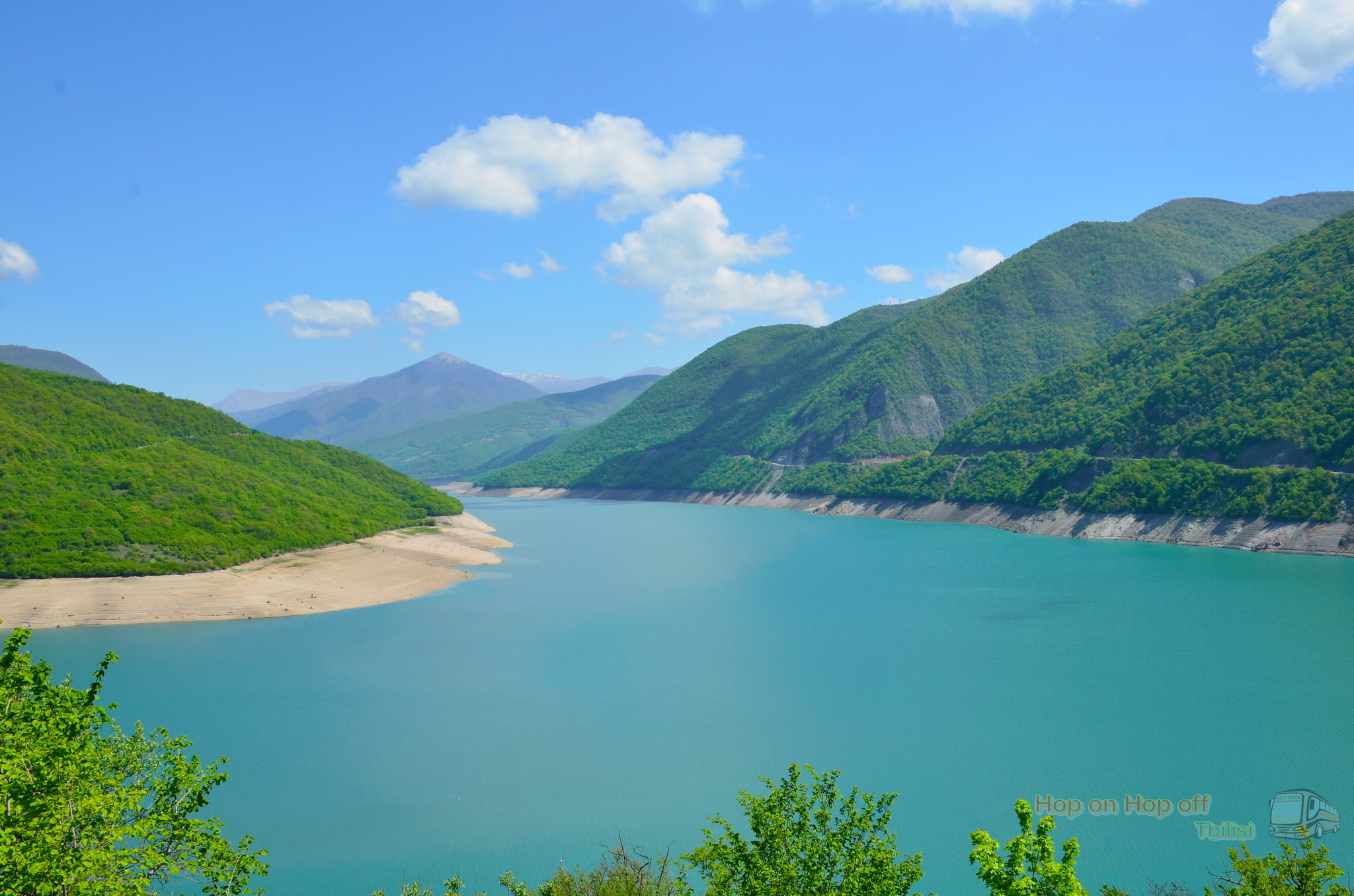 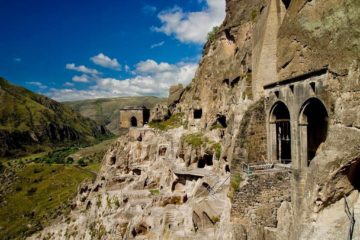